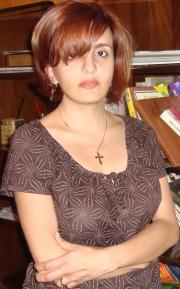 The collections "Commentaries on the Lectionary" are indeed unique phenomena in Armenian Medieval theological/ecclesiastical literature, as they don't have any equivalents even in Byzantine tradition. However, Byzantine Menologions combined with Synaxaris might be considered as equivalents, though they have not had the same purpose and usage. Thus, the collections "Commentaries on the Lectionary" keep being the unique writings peculiar only to Armenian tradition.

The "Commentaries on the Lectionary" in general include separate writings of various authors, which present the interpretations of Church Holydays, their origin, circumstances under which they have been adopted by church, commentaries on biblical and theological texts or readings which are read in Armenian Church on the holidays, the legends and folklore stories related to the day or personality of the saint to whom the holiday has been devoted to. These collections were put into a circulation in Middle Ages (7-13 cc. A.D.), particularly in Cilician period, and they were enriched with new texts or/and commentaries from edition to edition. The collections have suffered several editions from 7 to 13 cc A.D. and some minor changes later during 14-18 cc.

The aim of the research is in the light of comparison of Armenian "Commentaries on the Lectionary" and Byzantine Menologions and Synaxaris to figure out the impacts of Byzantine tradition and sources on Armenian collections as well as to sort the fragments that belong uniquely to Armenian tradition, to classify the commentaries and further added texts, to discover the passages linked to Byzantine Menologion and Synaxarium, to filter folkloristic elements and historical facts in these interpretations as well as to show their common background with the Byzantine ecclesiastical folklore, to maintain the practical usage of these collections and evaluate them in the context of Armenian and Byzantine theological literature. Special accent will be put on the Commentaries on Gregory of Nazianzus' Oration 38 by Elias the Syrian, Nerses The Graceful, Davit of Qobayr, Mkhitar Gosh, etc.