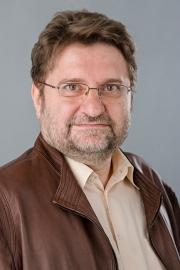 The research project aims to examine why and how intellectuals played a crucial role in the regime change of Hungary. The rise of dissent led to a series of anti-regime protests, party formations, political pluralism, and then to the Round Table negotiations and pro-democracy movements over the long decade of 1982-93. The goal of this research is to examine the role of agency by analyzing identity, strategic concepts and discourses of different groups of intellectuals within the democratic opposition.

In contrast to other countries, Hungarian oppositional political activism, in the given decade, was largely driven by intellectuals who claimed to possess moral capital. They were accompanied by those who enjoyed special status in the Hungarian communist regime as cultural elite and together they formed a counter-elite.

The research will identify three different epochs of oppositional activity which required different types of political activism and behavior:

1.  Cultivating the culture of critical discourse in delegitimizing the old regime;

2.  Negotiating the terms of the regime change as ’legislators’ at the round table talks;

3. Returning to a social movement as ’movement-intellectuals’ in the name of basic democratic values vis-á-vis the professionalization of multiparty politics.

Methods of qualitative analysis will be used. Those are based on elite interviews conducted and discourse analysis of samizdat texts collected.