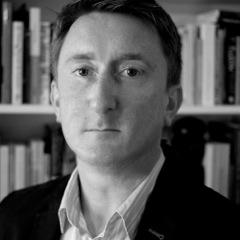 My research project is a study of the last Habsburg emperor, Charles Habsburg (Charles III/Charles VI). The Last Emperor. Charles Habsburg, 1685-1740 builds on my earlier work on Charles in Spain, Germany and England and this study book will be the first full biography of Charles’s life to draw on sources from across Europe, from his birth to time in Spain to his reign in Vienna. At the IAS I will examine Charles’s rule and reform in administration in the Hungarian crown lands and Bohemia.

Charles Habsburg was resolutely changed by his experience of life and leadership at his Spanish court in Barcelona, and this experience marked his form and style of rule in Vienna and throughout his imperial and royal lands after 1711. Charles, the last Habsburg Emperor, had the final chance to recreate the empire of Charles V; and even the most valiant of efforts failed to secure the imperial heritage he so desired. Charles’s failed opportunity would dominate his life and rule. In developing these ideas, I will consider Archduke Charles of Austria’s plans, as king Charles III of Spain and later Charles III of Hungary and Emperor Charles VI, to govern a united Habsburg Empire from Madrid, Barcelona, and Vienna in the light of his missed opportunities and lost chances between the commencement of the War of Spanish Succession and his death in 1740.

Charles attempted to follow in the footsteps of the king and emperor Charles V in creating a universal empire; his plans ultimately failed. The opportunity to create a new Habsburg Empire also shows how ideas and theories developed in the Spanish Habsburg world came, after the loss of the War of Spanish Succession, to have real and significant impact on the Austrian Habsburg lands. His ambitious project to manage a united empire based in Central Europe, together with complex colonies in the Americas, was a Spanish Habsburg reconquista of Central Europe. It allowed methods and means of government developed in one Habsburg territory to permeate continental Europe and be used consciously in the management of peoples and lands.