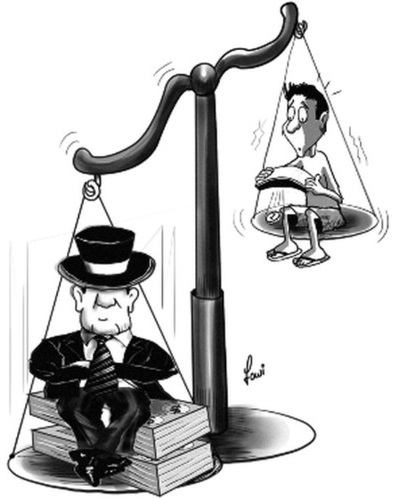 The economic crisis that broke out in 2008 has had severe implications for socio-economic conditions in the EU. This is seen for example in the fact that income inequality is at an all-time high in the Europe Union. It threatens increasingly to destabilize ‘social Europe’ based on values such as the inseparability of social and economic progress. The economic crisis also has, according to the EU Agency for Fundamental Rights, a detrimental effect on the full enjoyment of rights, including access to goods and services, housing, health and education – legal guarantees under European Union Law, which are traditionally embraced by the European Social Model. This economic divide as a consequence of the crisis is at the center of academic attention in economics, political science and sociology. Somewhat surprisingly, however, it is practically absent from legal scholarship. I here addresses a question that has received little attention from legal scholars so far: How is the CJEU as the European Union’s judiciary responding to this economic divide in Europe as the supreme interpreter of EU law?