Nudging - How States Use Behavioural Science to Govern People 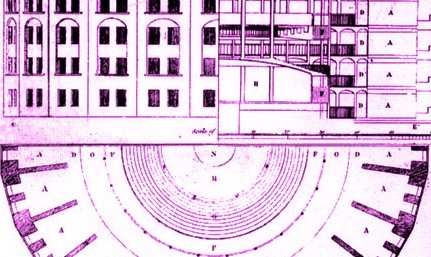 ‘Nudging’ is a relatively new approach to regulation, elicited by the application of the behavioural sciences to policymaking. Its proponents advocate using insights from the behavioural sciences in order to impact behaviour by slight changes in the choice architecture. They dream about introducing a simple and not costly policy design that changes people’s behaviour and contributes to solving societal problems, such as obesity, addiction, retirement saving. The debate on nudging focuses predominantly on the moral limits to nudging, the defensibility of libertarian paternalism, the conditions that scientific evidence should satisfy in order to be a basis for behavioural policies, as well as on nudging as a neoliberal technique of power.

This discussion is deeply dissatisfying. Most scholars fail to pay enough attention to the complexities of scientific research on human behaviour. There is a lack of understanding that behavioural research is subject to interpretation and selective reading in policy settings. The analyses offered so far also lack a broader perspective on the relationship between the knowledge that the behavioural sciences provide and the methods of governing that behaviourally-informed policies seek to advance. Therefore, in order to advance the debate and to understand the way in which the contemporary practices of power and of knowledge production intersect we need to work out a theoretical approach that combines insights from philosophy of science and political theory.

Magdalena Małecka is a Junior Core Fellow at IAS CEU and Academy of Finland Post-doctoral researcher at the Centre for Philosophy of Social Science (TINT) at the University of Helsinki. Before joining TINT she was a Max Weber Postdoctoral Fellow at the European University Institute in Florence and a visiting scholar at the Department of Philosophy at Columbia University in New York. During the next academic year Magdalena will work at Stanford’s Philosophy Department as a Marie Skłodowska-Curie Global Fellow sponsored by Prof. Helen Longino. Recipient of grants and prizes awarded by European Commission, Academy of Finland, Poland’s National Centre for Science, Foundation for Polish Science, Kosciuszko Foundation. She has published on the variety of topics in philosophy of economics, philosophy of the social sciences, legal theory. Her most recent project is an attempt to combine philosophy of science with political philosophy in order to analyse the contemporary transfers of scientific knowledge to policy contexts.