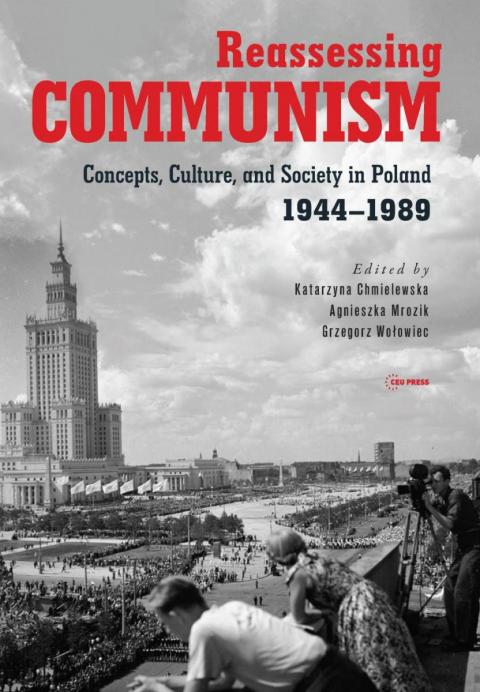 A new book Reassessing Communism: Concepts, Culture, and Society in Poland, 1944–1989 (CEU Press, 2021) edited, among others, by the IAS CEU Thyssen alumna Agieszka Mrozik is out now.

The thirteen authors of this collective work undertook to articulate matter-of-fact critiques of the dominant narrative about communism in Poland while offering new analyses of the concept, and also examining the manifestations of anticommunism. Approaching communist ideas and practices, programs and their implementations, as an inseparable whole, they examine the issues of emancipation, upward social mobility, and changes in the cultural canon.

The authors refuse to treat communism in Poland in simplistic categories of totalitarianism, absolute evil and Soviet colonization, and similarly refuse to equate communism and fascism. Nor do they adopt the neoliberal view of communism as a project doomed to failure. While wholly exempt from nostalgia, these essays show that beyond oppression and bad governance, communism was also a regime in which people pursued a variety of goals and sincerely attempted to build a better world for themselves.

The book is interdisciplinary and applies the tools of social history, intellectual history, political philosophy, anthropology, literature, cultural studies, and gender studies to provide a nuanced view of the communist regimes in east-central Europe.