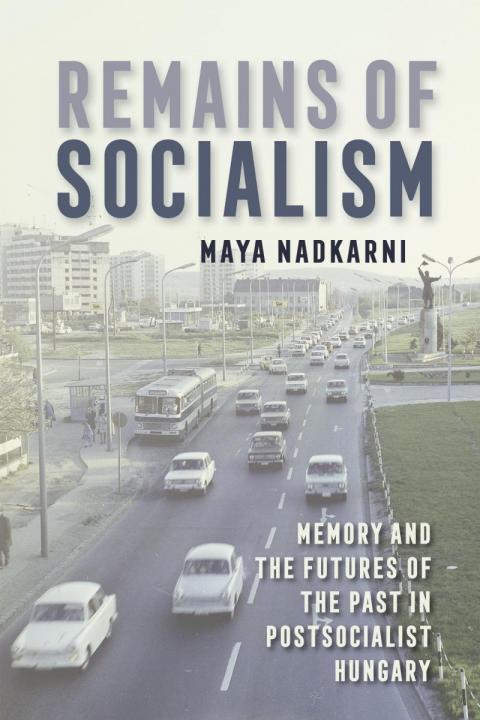 IAS CEU keeps receiving fantastic news about its former fellows' work being published! Former Senior Core Fellow of 2019/20 Maya Nadkarni shared the news that her book Remains of Socialism Memory and the Futures of the Past in Postsocialist Hungary (Cornel University Press, 2020) is out. IAS CEU is delighted to congratulate Maya Nadkarni on such a milestone in her academic career.

In Remains of Socialism, Maya Nadkarni investigates the changing fates of the socialist past in postsocialist Hungary. She introduces the concept of "remains"—both physical objects and cultural remainders—to analyze all that Hungarians sought to leave behind after the end of state socialism.

Spanning more than two decades of postsocialist transformation, Remains of Socialism follows Hungary from the optimism of the early years of transition to its recent right-wing turn toward illiberal democracy. Nadkarni analyzes remains that range from exiled statues of Lenin to the socialist-era "Bambi" soda, and from discredited official histories to the scandalous secrets of the communist regime's informers. She deftly demonstrates that these remains were far more than simply the leftovers of an unwanted past. Ultimately, the struggles to define remains of socialism and settle their fates would represent attempts to determine the future—and to mourn futures that never materialized.