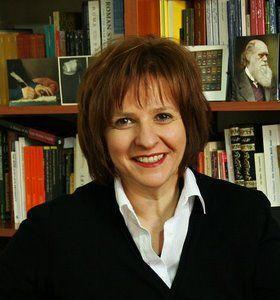 I am an historian of modern Islamic history, thought, literature and culture. During my initial training at the Freie Universität in Berlin, where I later taught as well, I studied for longer periods in Cairo, and briefly in Tunis. My later research and teaching took me to a number of places across Europe, North America and the Middle East, but it were my years in Beirut, at the American University and in other research contexts, that my formation and research took another decisive turn before joining CEU.

My research interests are deeply anchored in Arab nineteenth century history and its place in universal, or in today’s terms, in global history. Initially starting with a study on cultural and intellectual transformations in Egypt as expressed in the emergence of new genres of writings and the nahda movement (the Arab Renaissance), I moved towards examining in-depth the various actors, structures and relationships of what I call Late Ottoman Modernity and Muslim Reformism in the Arab East. Two intertwined streams of research have since marked my work and fascination with this history, the tension between the secular and religious as it manifests itself in the formation of new socio-cultural and intellectual trajectories and the late emergence of print culture and its Eastern Mediterranean specificities. My current book project follows these two developments through the lenses of the life and thought of the polymath, writer and printer Faris Ahmad al-Shidyaq (to appear with Edinburgh UP). Another project that emerged out of these studies during the last years tries to re-locate the entangled connections of European and Arab borders of faith and the role of religion, scholarship and modernity between Europe and the Eastern Mediterranean. Although in no direct connection with these researches of mine, over the years I have also published on gender-related issues, from my very first publication, an Introduction to a volume on Iraqi female exiles, on to a more recent chapter on the emergence of new moral and sexual taboos during the mid-nineteenth century. I am trying to deal more systematically with the question of gender, religion and modernity in the nineteenth-century Middle East.

My teaching and thesis supervision activities at the Department of History reflect not only my own research but cover a larger spectrum of related topics, as did, for example, a new course format I developed with a colleague from the University of Vienna, the Budapest-Vienna Seminar, which addressed Imperial Metropoles of the Habsburg and Ottoman Empire during the long 19th century.  In recent years I have taught courses on comparative approaches to religion and secularism, on the relevance of religious and cultural transfers in the Eastern Mediterranean, as well as the mandatory course of the Religious Studies Program on Bookish Tradition and Authority in Scripturalist Religions. In courses such as Popular Movements and the Crowd: Religion, Culture, and Society, a course developed before 2010 which took on unexpected actuality subsequently, I connect Arab and Ottoman history with European history and to show, for example, that popular movements, far from being epiphenomenal, are central to the study of any society and that the phenomenon of the crowd addresses at once socio-politics and rituals in sacred and profane domains that we find everywhere.

Recent service to the community (selected):

2018 - 2021  Elected President of the Network of Institutes for Advanced Study (NeTIAS).

2018 -   Editoral board Hawwa - Journal of Women of the Middle East and the Islamic World. (Brill Publishers)

2020 - Member of the Korrespondierendes Kuratorium of the European Forum Alpach.

2020 -  Member of the Advisory Board World Congress of Middle Eastern Studies (WOCMES).

2021-  Member of the International Advisory Board of the Consortium of Humanities Centers and Institutes.

Courses taught in the previous years: