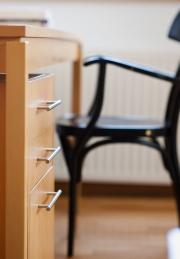 My study examines the connections between state socialism, internationalism, intimacy, memory, visuality and identity in the context of a micro-historical reconstruction of an extended event that took place during the fall and early winter of 1956: the tour of the Performing Arts Ensemble of the Hungarian People's Army in the People's Republic of China.

The Ensemble was an iconic cultural institution in late-Stalinist Hungary. The touring party consisted of over two hundred people, travelling by chartered train through the USSR and China. The Ensemble gave over 100 performances, drawing an enormous success. The news of the uprising in Budapest reached them with a few days' delay, setting off a series of events that would come to determine their faiths as artists, as well as politically engaged citizens, for the rest of their lives.

I began to collect archival information, photographs, cinematic materials as well as oral history interviews about this event a few years ago, while affiliated, for one semester, with the Collegium Budapest / Institute for Advanced Study. I will use my sabbatical leave during the fall of 2012 to bring data collection to a close and to organize my vast and expanding archive for scholarly writing.