Book launch: Reformations in Hungary in the Age of the Ottoman Conquest 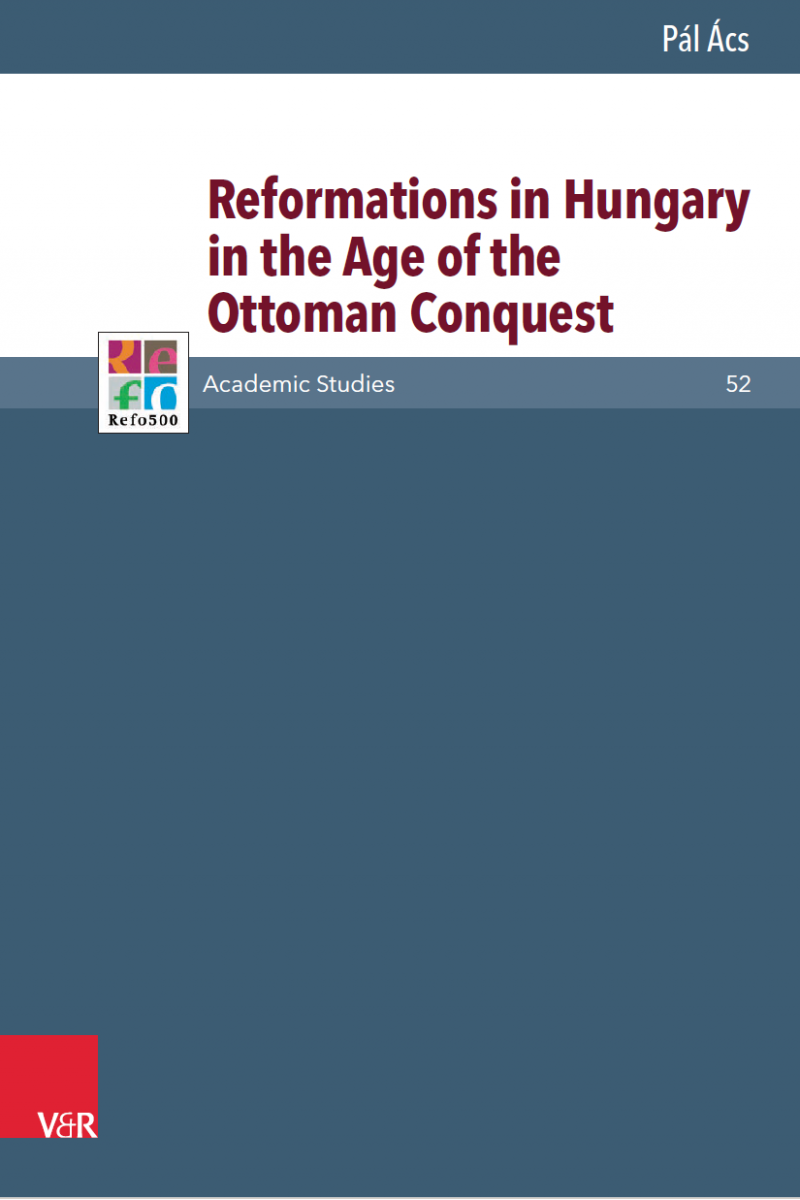 Reformations in Hungary in the Age of the Ottoman Conquest (Vandenhoeck & Reprecht Verlage, 2019)

The Ottoman context of the Hungarian Reformation movements makes the cultural and literary history of Hungary extraordinarily special. Pál Ács studies various aspects of the beginnings of the Reformation during the century after the Battle of Mohács (1526). The author illustrates the special circumstances of the Hungarian Reformation, which included the Protestant and Catholic Reformation and the spiritual reform of Erasmian intellectuals. Ács not only considers the culture of the Reformation in an Ottoman context, but also that of the Ottomans placed into a Protestant framework. He explores the culture of occupied areas, the fascinating ways Christians came to terms with Muslim authorities, and the co-existence of Muslims and Christians.

Pál Ács is senior research fellow at the Institute for Literary Studies of the Research Centre for the Humanities, Hungarian Academy of Sciences, honorary professor at the Eötvös Loránd University, Budapest, and co-editor of the periodical Magyar Könyvszemle. He is a member of the Academic Advisory Board of the IAS CEU. His research focuses on Hungarian and European literature and intellectual history of the early modern era, among others on the relationship between Christianity and Islam. He has participated in research projects in Oxford, Leiden, Leipzig, Vienna, Copenhagen and Paris. His recent English book is a multi-authored volume edited with Pál Fodor: Identity and Culture in Ottoman Hungary (Berlin: Klaus Schwarz Verlag, 2017).

Table of contents and introduction