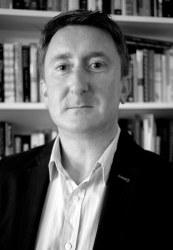 William O'Reilly is an historian of early modern European and Atlantic history, and is particularly interested in the history of European migration, colonialism and imperialism. Since taking his DPhil at Oxford, he has taught early modern History at the University of Cambridge. He was previously Lecturer in History at the National University of Ireland, Galway and has been a Fellow at the Weatherhead Center for International Affairs, Harvard University; DAAD Fellow at the University of Hamburg and Erasmus lecturer at the Karl-Franzens University in Graz, Austria and the Christian-Albrechts University in Kiel, Germany. He has served as editor of the Historical Journal (Cambridge University Press) and of Atlantic Studies (Routledge). He serves on the International Advisory Boards of the Historical Journal and Themes in Migrations. He was awarded a Philip Leverhulme Prize for his work in European and Atlantic History and in 2008-9 he was visiting professor in History at Harvard University and at the Center for History and Economics. In 2013, he was awarded a Pilkington Prize for excellence in teaching. IN 2014-15, he was a Fellow of the Weatherhead Center for International Affairs, Harvard University before spending the period January-June 2016 as a Senior Fellow, Institute for Advanced Study, CEU.

Since 2016 he is Long-term Fellow at the Institute for Advanced Study, CEU.