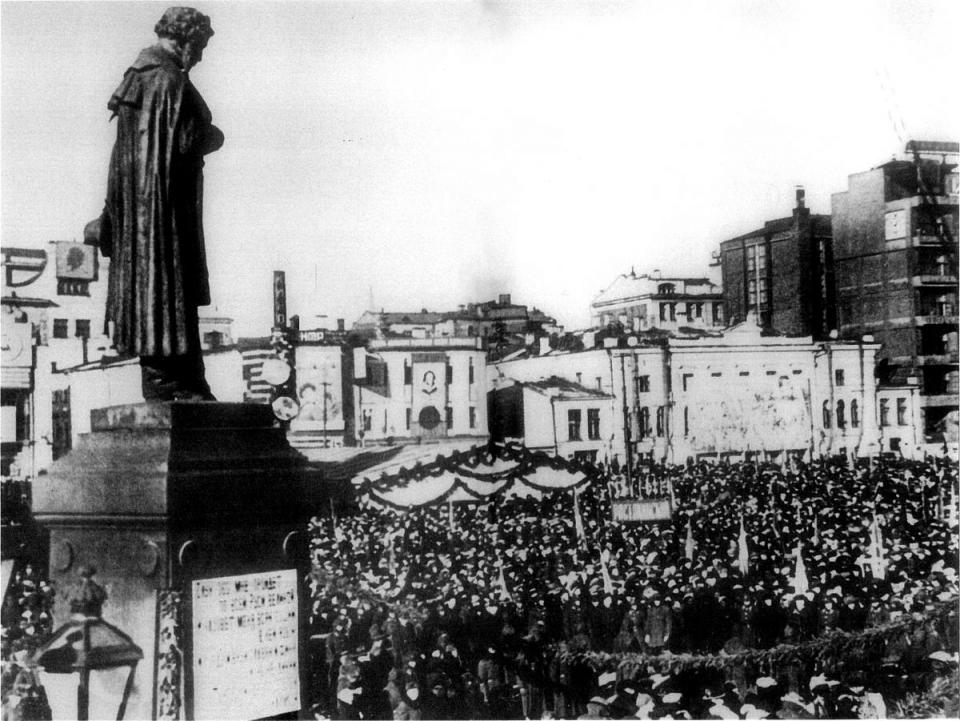 You can read a summary of the workshop here.

A workshop at the Institute for Advanced Study, Central European University

Nadia Al-Bagdadi is Professor of History at Central European University, Budapest, founding director of the Center for Religious Studies and since Summer 2015 Director of the Institute for Advanced Study CEU. She held positions at the Free University, Berlin and the American University of Beirut, and received a number of prestigious international fellowships. Her research fields cover broadly conceived Islamic and Middle Eastern Studies, with a special research focus on cultural, intellectual, and religious history of the modern Arab world, gender and Islam, and the history of the book and printing. As of late 2015, she established as a co-editor a new book series Gender and Islam (I.B. Tauris, London) and is completing a book on polymath, writer and printer Faris Ahmad al-Shidyaq (Edinburgh University Press).

Péter Dávidházi, DSc, MHAS, is Research Professor in the Department of 19th-Century Literature at the Research Centre for the Humanities of the Hungarian Academy of Sciences, and Professor of English Literature at Eötvös Loránd University, Budapest. One of the founders of cult studies in Hungary, he published The Romantic Cult of Shakespeare: Literary Reception in Anthropological Perspective (Macmillan), and co-edited (with Judit Karafiáth) Literature and Its Cults: An Anthropological Turn and (with Holger Klein) Shakespeare and Hungary (Edwin Mellon Press). Delegated to the European Science Foundation between 2003 and 2009, he initiated international workshops on the digital turn of the Humanities, and edited New Publication Cultures in the Humanities: Exploring the Paradigm Shift (Amsterdam University Press).

Zsófia Kalavszky is Research Fellow at the Research Center for the Humanities, Institute for Literary Studies, Hungarian Academy of Sciences. She is a co-editor of the newest four-volume edition of Pushkin’s works in Hungarian (Európa, 2008-). She has written numerous articles on Russian literature, Pushkin’s work and biography, and Pushkin’s cult in the twentieth century Russian literature (in the work of Sergey Dovlatov, Andrey Bitov, Tatyana Tolstaya, and others). She is the managing editor of the journal RECITI.

Jessica Pisano is Associate Professor in the Department of Politics at the New School for Social Research in New York City and an associate of the Davis Center for Russian and Eurasian Studies at Harvard University. She received an AB in History and Literature at Harvard University and an MPhil and PhD in Political Science from Yale University. Her research and teaching focuses on contemporary and twentieth century politics in Eastern Europe and Eurasia. Her prize-winning book about the political economy of the Ukraine-Russia borderlands, The Post-Soviet Potemkin Village: Politics and Property Rights in the Black Earth, was published by Cambridge University Press in 2008. Her work has appeared in journals such as East European Politics and Societies, Journal of Peasant Studies, Problems of Post-Communism, Communist and Post-Communist Studies, and World Politics, among many others, and as chapters in edited volumes. She is the recipient of numerous awards and fellowships. She is currently completing a book manuscript about political theater in Russia and Ukraine and researching the twentieth-century history of a single rural street in Eastern Europe.

Stephen Rachman is Associate Professor, Director of the American Studies Program at Michigan State University and past President of Poe Studies Association. He is a co-editor of The American Face of Edgar Allan Poe (Johns Hopkins University Press). He is the editor of The Hasheesh Eater by Fitz-Hugh Ludlow (Rutgers University Press), a nineteenth century American drug memoir that became an early “cult classic,” and the author of a forthcoming study, The Jingle Man: Edgar Allan Poe and the Problems of Culture (Oxford University Press). He has written numerous articles on Poe, American literature, popular culture, subcultures, and digital media.

Orsolya Rákai is Senior Research Fellow at the Department of Modern Literature, Institute for Literary Studies, Hungarian Academy of Sciences. Expert in Hungarian literature and literary theory, she has contributed to Hungarian cult studies since early 2000s taking part in regular cult research conferences at Petőfi Literary Museum. She was a coordinator of the multilateral research project “Cult, Identity, Image” (2003-2007) and organized two international conferences as part of this project. She also participated in the project entitled “Cult and Identity” of the University of Jyväskylä, Finland (2005-2007).

Hans-Jörg Sigwart is Senior Lecturer at the Political Science Institute of the University of Erlangen-Nuremberg, Germany, and currently Thyssen Senior Fellow at the Institute for Advanced Study at CEU. His research interests focus on modern political and social theory and the history of political ideas, with special emphases on epistemologies and methods of political theorizing. His current research project deals, among other things, with the role and status of individuals as representing and enacting symptomatic character types within processes of social and political transformation. His forthcoming book on The Wandering Thought of Hannah Arendt (Palgrave Macmillan 2016) discusses Hannah Arendt’s genuine conception of the practice of political theorizing.

Alexandra Urakova is Senior Researcher at Gorky Institute of World Literature, Russian Academy of Sciences and Senior Core Fellow at the Institute for Advanced Study, CEU. She is a co-editor of Cult as a Phenomenon of Literary Process: Author, Text, Reader (IMLI RAN Press) and co-editor of a forthcoming collection Poe, Baudelaire, Dostoevsky: Splendor and Misery of a National Genius (New Literary Observer). She has edited (Lehigh University Press, 2013) and written (IMLI RAN Press, 2009) books on Poe as well as many articles on nineteenth century American Literature, print culture, comparative literature, and literary cult.

Louise Vasvári is Professor Emerita of Comparative Literature and of Linguistics at Stony Brook University. Currently, she teaches at the Linguistics Department of New York University and is Affiliated Professor at the University of Szeged and a Senior Core Fellow at IAS CEU. She works in medieval studies, diachronic and socio-linguistics, Holocaust studies, and Hungarian Studies, all informed by gender theory within a broader framework of comparative cultural studies. She has recently published (with Steven Tötösy): Imre Kertész and Holocaust Literature (2005), Comparative Central European Holocaust Studies (2009), and Comparative Hungarian Cultural Studies (2011).

While the word “cult” in such expressions as “cult figure” or “cult following” belongs to the popular media and is seldom reflected upon, the complex phenomenon that stands behind it deserves serious scholarly consideration. The religious aspects of “cult,” connoting mystery, worship and ritual, confer upon select cultural works and objects a surplus value/meaning. Literary history over the more than two centuries is filled with examples of authors and works of literature that have acquired cult status. From the “Werther-fever” of the 1770s through the Harry Potter mania of the 2000s, books have been prime sites of cult phenomena, inseparable from performativity, engagement, and play, constantly blurring the boundaries between the real and the imaginary, the profane and the sacred, the literary and the social. Literature has become actively invested in extra-literary processes, by like-minded devotees that, in their turn, have reconfigured and redefined its function within contemporary culture.

The idea of the workshop has stemmed from an academic recognition: Hungarian and Russian researchers have been independently studying literary cults, the Hungarians being pioneers in the field. This parallel interest has resulted in a number of publications including two books: Literature and Its Cults: An Anthropological Turn, ed. by Peter Dávidházi and Judith Karafiáth (Budapest: Argumentum, 1994) and Cult as a Phenomenon of Contemporary Literary Process: Author, Text, Reader, ed. by Maria Nadyarnih and Alexandra Urakova, Moscow: IMLI RAN, 2011). The subject of literary cults appears to have particular resonance in post-socialist Hungary and Russia since both countries witnessed first-hand the personality cults of the Soviet era; the shared experience has made Hungarian and Russian scholars especially sensitive to cult rhetoric embedded in modern literary practice. It is our aim in this workshop to go beyond our original recognition and to test and explore the transnational and multinational dimensions of literary cults and their relations to larger cultural structures (mainstream media, the nation state, the worldwide web.) Therefore, we are planning to (1) to share Hungarian and Russian experience of studying cultic phenomena; (2) look at this subject from outside these two research traditions engaging international scholars with different cultural background and scholars from different disciplines; (3) discuss specific cases of literary cults (Faris Ahmad al-Shidyaq, Alexander Pushkin, Edgar Allan Poe, and Anne Frank among them).

Among the questions we are planning to address are the following: