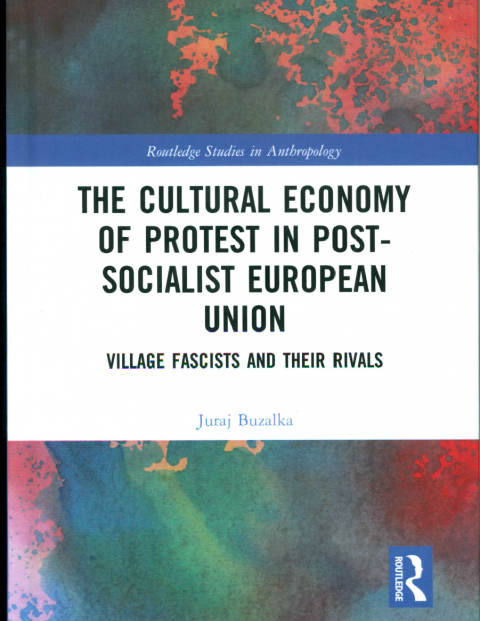 Another fantastic piece of news from IAS 2017/18 Senior Core fellow Juraj Buzalka whose book The cultural economy of protest in post-socialist European Union. Village fascists and their rivals (Routledge, 2020) is out now!

Focusing on Slovakia and East Central Europe, this book examines the cultural economy of protest and considers how the origins of political movements – progressive and reactionary – derive from resilient agrarian features.

It draws attention to how the legacy of rural socialist modernization influences contemporary politics and to the ‘village’ version of fascism developing in the region. The chapters look at the interplay of post-peasant economic and political habits and representations as a result of state-socialism and with regard to the European project, as viewed through an ethnographic lens. Juraj Buzalka describes the bulk of Slovak citizens as post-socialist Europeans with a connection to the countryside who feel that this is where real power in society should be defined and based. He also observes the politicians who are skillfully mobilizing post-peasants while exploiting the political-economic context of the European Union.

This volume will be relevant to scholars with an interest in European society and politics, particularly protest and populism, from disciplines including anthropology, sociology, political science and history.